P is for Politeness in Conversational English – a Discourse Perspective

Many teachers who have had the opportunity to read discourse analysis either at University or on a PD course such as the Cambridge DELTA,  express great interest in this way of studying connected text or talk, but just as many find it  hard to incorporate it into their teaching; apart from an occasional lesson focusing on cohesive devices, referents or discourse markers, I must admit I have not seen much by way of other important concepts in discourse, especially related to the study of conversation analysis, an area which should be of intense interest to anyone teaching spoken English.

In most needs driven courses nowadays, there will be some components responding to the need of learners to acquire sociolinguistic competence and the wise ESP teacher will have phrases and functional listings, plus activities to get the studetnts to do things with this language – ranking, labelling, matching, analysing, using, etc…

But still some learners sound aggresive and abrupt in their interactions, and not only because of the intonation. 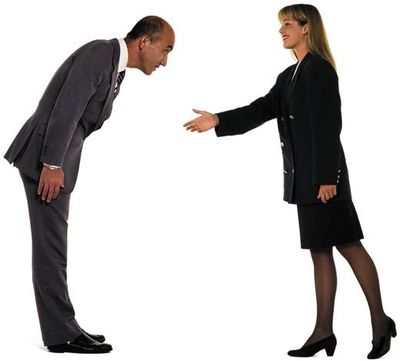 Being polite may differ from culture to culture – there are linguistic and paralinguistic means of conveying politeness, distance and respect which do not hold true in every language.

Take the classic French tu-vous distinction – the same exists in Greek – εσύ-εσείς – and using this plural of respect and distance makes politeness easier to spot. For learners coming from such languages, the absence of this in English is rather unsettling and difficult to replace with other linguistic tools

Another example is the highly frequent use of please in English and many other languages. In Greek, this is not used very often but informal requests tend to incorporate this ‘please’ function via the use of the noun dminutive -ακι as well as a more pleading and intimate intonation while making, say, a request. A Greek learner translating this into English will generally use the imperative, oblivious to the need to replace his/her own politeness indicators with their English equivalent.

No wonder  Japanese businessmen are reported to think that Greek businessmen are very aggressive during business negotiations (Ron White, in a talk he delivered some years ago for TESOL Greece).

Grice’s Principle of Cooperation and its Four Maxims

In Foreign Language classroom,  teachers tend to correct  mostly for errors of grammar, or inaccuracies in functional exponents. Teachers will also respond to errors of pronunciation of individual words or sound clusters and errors of vocabulary. This is expected and highly useful for the learner.

Are these rules the same worldwide?

In the boardrooms of the world, different rules will abide and different cultures, microclimates and conventions. How quickly you can reduce distance and converse in a more intimate and familiar way will be very different in a boardroom in the US from, say, a boardroom in an Arab country, or in Japan…

There are many who argue that Grice’s Maxim’s and G Leech’s or Brown & Levinson’s or Lakoff’s politeness principles are not universal, and that following them promotes an Anglo-Saxon oriented interaction culture ( I presume this bothers them for reasons of linguistic imperialism, perhaps), and, therefore, feel it is not really necessary to introduce them into a programme.

But in most cases, our adult learners are not aware of these perceptions of them formed by others.

They are not aware of the fact that their professional or academic persona which comes across just as it should in their native language, can be distorted beyond recognition in the foreign language projecting an image of themselves which would appall and horrify them, if they knew.

Should they not know or should they be left to discover this the hard way?

And should this concern just Business English teachers?

I, for example, get really annoyed when a trainee teacher  says “Where’s my handout? You haven’t given me one!”  when I sometimes inadverently skip one of them in sharing out stuff. I never say anything because it’s not the right time to call them up on their linguistic manners but I do get a message which travels not to my intellect but to my solar plexus or somewhere near there, where I think is the seat of my emotional reactions 🙂

But being a teacher makes me much more tolerant and understanding. I know that if this trainee were to be speaking to me in Greek, s/he would be using the plural of politeness/respect. In English, it sounds too direct and confrontational but  I understand and do not ‘pounce’ on the erring (according to me, always) producer of this particular utterance – I am even more tolerant in the case of foreign language learners at lower levels.

Being tolerant, patient and understanding of the learning effort, of  lack of knowledge, is one thing. Leaving your learners in the dark is another.

For me, the non-universality argument is food for the complacent, the “I-can’t-be-bothered” type of teacher. Sometimes, it’s even further reinforced by arguments such as, “It’s not my job to teach them manners. They’re adults, they should know”.

For the Business English student, this is, indeed, important information. Careers can be unmade because of such linguistic faux pax.

But it’s not just in business that you need to be aware of politeness rules.

I do think it’s our job to let people know what they sound like when interacting in English and what impressions they may create.

If the learners decide they do not wish to change, as some do, out of a particular kind of ethnic pride, that is just fine, too. It’s their decision, not ours.

How can we incorporate this type of work into speaking activities/practice?

Well, I have already mentioned one of the obvious times in a lesson: feedback after speaking activities, for example, by setting up and giving students lists of criteria and getting them to evaluate peers and self as to whether they did well or not in terms of each category.

But there should be opportunities for presentation or noticing work, too, by analysing spoken samples, by looking at videos of board meetings, by reading conversational transcripts with a particular focus on aspects of discourse, for example, lexical cohesion in a text, or on knowledge speakers take for granted when they are saying something, etc.

And of course, focusing of producing speech, for example, by introducing role activities where some people will be told to be rude and others extremely polite, by cueing the politeness principles in discussions through giving each participant a particular prompt, e.g. “Before your response, summarise the previous speaker’s point and make a flattering comment”, or some such (if this one not to your liking) cues or prompts that regulate the manner and not the content of the discourse.

Some years ago, we were approached by a young executive in a well-known pharmaceutical company who wanted to have one-to-one lessons because he was soon to be transferred to a higher position in a different country and wanted to improve his English as much as he could in the short time available to him before his transfer.

Two weeks into his course, his teacher (a young native speaker teacher fresh out of her DELTA course) came to me and announced that she could not stand this student any longer and could I find him a different tutor?  “He’s really very rude!!!” she said. “I cannot deal with him at all!”

I told her that I would give him a couple of tutorials to identify the problems and we would then decide how to proceed.

The teacher was right. While speaking to me in Greek, the young gentleman was charm personified, but in English, he turned into someone who really got on one’s nerves.

In his case, and because I could not take on the 1-2-1 course myself, I decided that we needed to confront the problem head on with some explicit instruction first and some contextualised practice later.

As his issues had to do with intonation, nuclear stress and discourse politeness rules, I only did some work on those areas and to be honest I could not think of any better material than what I was already using for my trainee teachers. The student was intrigued and fascinated by this ‘different’, as he called it, material, but he was highly motivated and keen to improve.

In two weeks, the student was fully aware of his main issues – as we also talked about how Greeks tend to express themselves and he did recognise himself in some of my descriptions.

His progress was fantastic.

Of course, he began by using this knowledge in a deliberate and rehearsed way before each thing he said (in other words, it had not become an automatic decision for him as yet) but I was thrilled when, one day, I heard him say in answer to a point I had just made during a problem solving task/discussion in which I was partnering with him

“Your viewpoint is very interesting, Ms Constantinides”, and in an ‘aside’ he added: “I’ve just made you feel good, but now I ‘m going to disagree with you!” 🙂

I returned him to his teacher two weeks later and, apparently all was plain sailing from then on.

For me, it goes without saying, that the study of discourse is essential on any teacher development programme. How can teachers introduce it to their learners if they themselves do not have that type of awareness?

Discourse (spoken and written) is an important component of our English for Teachers course as well – right in the heart of their systemic competence, along with Grammar, Syntax, Phonology and the study of Meaning.

The methods we use to introduce this area of systemic knowledge do not have to be laborious and complicated. For example, the video clip below, is excellent as an introduction for the study of the topic of politeness across cultures

Videos are great as they can lead to discussions of Ss’ own cultural practices and make them more aware of those of other peoples’.

Games & Quizzes  of various kinds can be used as well – the funnier the better, to make them memorable.

Learning about politeness rules in spoken communication, presupposes the use of samples of language which are embedded in a context of use, preferably authentic. This does not necessarily entail long and difficult stretches of language, so the earlier we begin, the better.

I used some Wikipedia entries to link to definitions of terms used in this article but there are many very good books on the subject and if you have any further ideas to add, either about how you teach different aspects of discourse, or interesting texts and articles, I would appreciate it if you left a comment.

Some Books on Discourse Analysis

P.S. If you need to use some of the ideas as a quote, an amended version of this blog post was published in IATEFL BESIG

Study for your Cambridge DELTA with us

Find out about the DELTA in Athens or Online!