Tradition Revisited & Revamped: “The Result will be Inflaming you”

The discussions during the #ELTchat of November 10 had us running in two directions: there were those colleagues who wanted to leave everything old and traditional behind and there were those who had perhaps a more thoughtful and measured approach, arguing that a sound pedagogy involves sometimes satisfying the learners’ need for explanation or for some more traditional types of exercises…

Please read the transcript of the chat here, some of the major tweets here and listen to a great interview by Jeremy Harmer here if you haven’t.

So, what are the good things I have drawn from different approaches labelled traditional?

The attention to form and accuracy inherent in the grammar-translation approach is something which attracts me, perhaps because I am a teacher of English and studied Linguistics, but I accept the fact that the majority of foreign language learners do not share the same interest in language analysis (but some do), so attention to form and accuracy is something I consider important, although I would not use the same methods as this approach.

From the audiolingual method, which emphasizes controlled oral practice, albeit in the form of mechanical and often meaningless drills, I am attracted to the concept of rehearsal and using meaningful and, more often, personalized oral practices; I do believe they aid the automatization of certain lower level decisions, such as sound and sound linking articulation and the memorization of chunks and holophrases seems quite useful, especially for the beginner learner.

But there are so many activities I like from the different approaches, this post could turn into a rambly personal list. I would rather continue with some ideas of how I have used some of the typical activities in two ‘old’ approaches in a new way.

Adaptation 1 – Using translation to improve a text in English 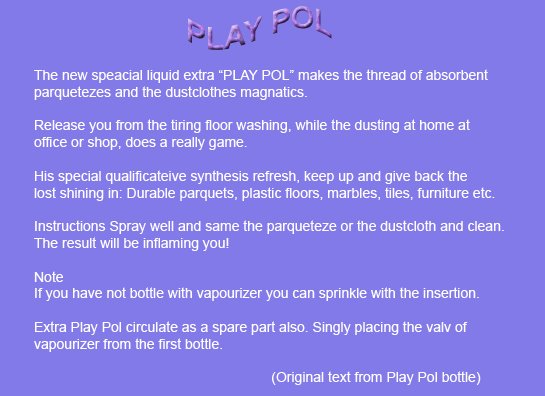 Comment In this way, the students are encouraged to reflect on the negative effects of translating word for word and practise grammar, vocabulary as well as text editing skills.

An alternative to the text – the video is about a badly translated interview – quite funny but practises listening, too. This one is quite advanced and focuses on tenor as well.

Comment: This is a good activity for showing the learners that transforming sentences is usually not a great idea and that L1 users have specific (although unconscious) reasons for choosing one or the other form.

In grammar translation the teacher typically talks through a text, reading it out to the students line by line, explicating and enumerating meanings of words (all of them, if possible), the grammar rules, etc., in other words, lecturing about the language in the text.  In the adaptation below, the teacher still works sentence by sentence but elicits rather than tells and invites interpretations as a text is gradually revealed to the learners.

Here is an example in a powerpoint. Try to interpret the text and imagine what is happening by pausing before each new line is revealed.

Comment: This activity is a variation of jigsaw reading in which the reading is integrated with speaking, writing, and promotes information sharing as well as quite a lot of grammar awareness, word order, vocabulary recall, etc.

Give the students a very short text such as the one below. Introduce it as you usually do for other texts with lead in, scanning etc. Here is an immage created by Jenny Gountani, one of my August 2010 CELTA trainees for a great lead in and prediction!

Drawing by a CELTA trainee for her teaching practice (Jenny Gountani, August 2010) 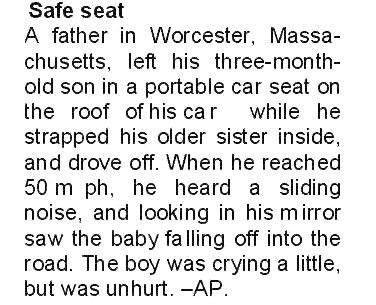 Article from the Guardian Weekly 200*?

Comment: This activity encourages question and answer practice, it’s quite a lot of fun to do and  if you get the students to rewrite the article, they are practising elaboration, an aspect of creative thinking.

Comment: This activity promotes awareness of the students’ own culture as well as the target language culture.

From the Audiolingual approach

Adaptation 1:  The students act out a dialogue ‘with an attitude’

Comment: This can be done with a dialogue in a PPP lesson too – you can allow variations to the theme of the dialogue or the creation of parallel dialogues which have to be enacted by adopting a new attitude. The rehearsal stage needs some monitoring and it is a particularly useful activity to raise awareness of intonation in its attitudinal function, something which is usually quite difficult to practise in class.

Here is an example I have given to young learners

Comment: The activity is very mechanical but quite good fun and the crazier the sentences, the better the students remember them!

I think  should stop here – you get the idea I think that everything can be used in a different way, as long of course as we have a good reason for using the technique with a particular class. I look forward to your comments and more great ideas from your blog posts. ]]>