One of the frequent questions asked by potential candidates directly to us or via social platforms and groups is how to do well on their pre-interview task and what it’s about.

Cambridge loves a name all of its own for things done and this one is no exception! The ‘pre-interview task’ is primarily a test of language and here are a few of the parameters that are being tested:

Aspects of Language tested in the pre-interview task

These aspects of language assessment are all part of the tasks different centres and Cambridge include in their pre-interview tasks. They aim to determine whether the proficiency level of a candidate is high enough to be able to teach language not just use it for work, life, studies. Each centre will attempt to achieve this through a different range of exercises and mini tasks, but all of use are looking to see if you know the subject matter of what you propose to learn to teach: the English Language.

Another important issue is the time frame and administration of this task. Most centres do not offer this is a timed assessment administered under supervision and, in fact, encourage candidates to look up their answers in grammar books or dictionaries. (A quick writing task is also given to the candidates during the interview to see how they perform under pressure and to ensure that they can think quickly and produce quality answers in a tight time frame)

The aim is not to test the candidate’s memory but to check as to whether the correct answer can in fact be found through researching appropriate sources. This is what teachers do every day in their teaching lives, or they should if they are not!

In this way, it becomes obvious that the pre-interview task aims to do more than assess language proficiency but aims to check whether and to what degree a candidate

The pre-interview task and its role in the interview

Tutors meeting candidates during the interview, will typically/normally use the candidate’s answers in the pre-interview task as a springboard to further check the candidate’s knowledge and potential for the course. This may include

Obviously, accurate and fluent spoken language is an expectation and the interview aims to check just that, that the candidate is able to communicate without making mistakes in everything utterance and that, although their speech may be accented (non-native or Australian accents fall pretty much under the same criterion), their spoken production is understandable and clear and would not confuse their listeners. 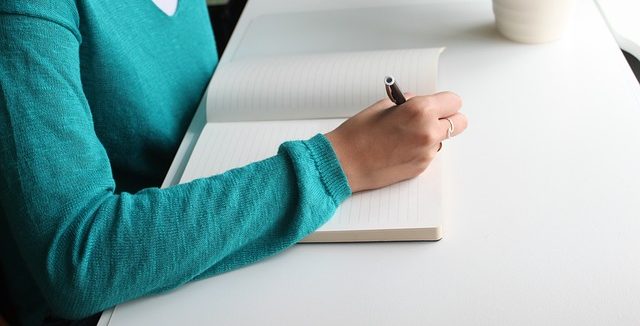 So far we have assessed CELTA candidates in their thousands and, like every other centre, we have had opportunity to notice some distinct characteristics of each candidate type although the points below are very broad generalisations and not every native or non-native candidates fits in with these rough strokes.

Native speaker candidates typically always do well in identifying the meaning of an utterance or a phrase, their functional intuitions are usually in place if there are questions about what a speaker is trying to do by saying X or Y sentence or phrase and can usually produce accurate and coherent passages in writing if they have a good level of education or did well in English at school. If not, their written production often suffers, spelling and punctuation can be erratic and identifying language forms seems to be quite difficult for many.

Non-native speaker candidates typically excel in identifying language forms, name parts of speech and grammatical structures well and their familiarity with the rules of the language can be impressive. Their writing also tends to be accurate with good spelling and punctuation, if somewhat loaded with connecting words such as however and moreover and so on in every other sentence. Functional intuitions are not as strong and sometimes their sense of social appropriacy is somewhat lacking.

Both types of candidates are accepted on courses as of course they should!

If they have weaknesses, some suggestions for appropriate sources to study so they can improve areas that need some improvement can help them a lot. The minimum level for acceptance on the CELTA course is C1 (according to the CEFR)

But working side by side on courses also proves highly beneficial to both because they tend to support and pro up one another in the areas mentioned as weaknesses (if these exist). A lot of peer learning is generated in this way and, incidentally, a new ethos which will eventually prevail – that both types of teachers are equally valuable and have strengths to bring to a language programme on their own or in tandem.

My next blog post should perhaps cover questions during the interview and what CELTA tutors hope to find out about candidates, their eligibility and their potential for a successful outcome during their CELTA course.

Where you can find us

Recently relocated to new, more spacious premises, you can find us in the heart of Athens,  a city with so much to see and do!