In 1985, he brought out a book called “Further Transports of Delight” with a selection of photographs for which he wrote the captions. All the photographs involve some means of transportation (hence the title) and Spike Milligan’s comical captions.

This was spot on what I am interested in, developing creative thinking skills, and one way of doing this is by using ambiguous pictures for interpretation. It seemed to me that there was great potential there for language work where students have to think ‘outside the box’ and the activity described below is a sample.

But first, to get an idea of the type of captions in his book, here is a photograph from the book: 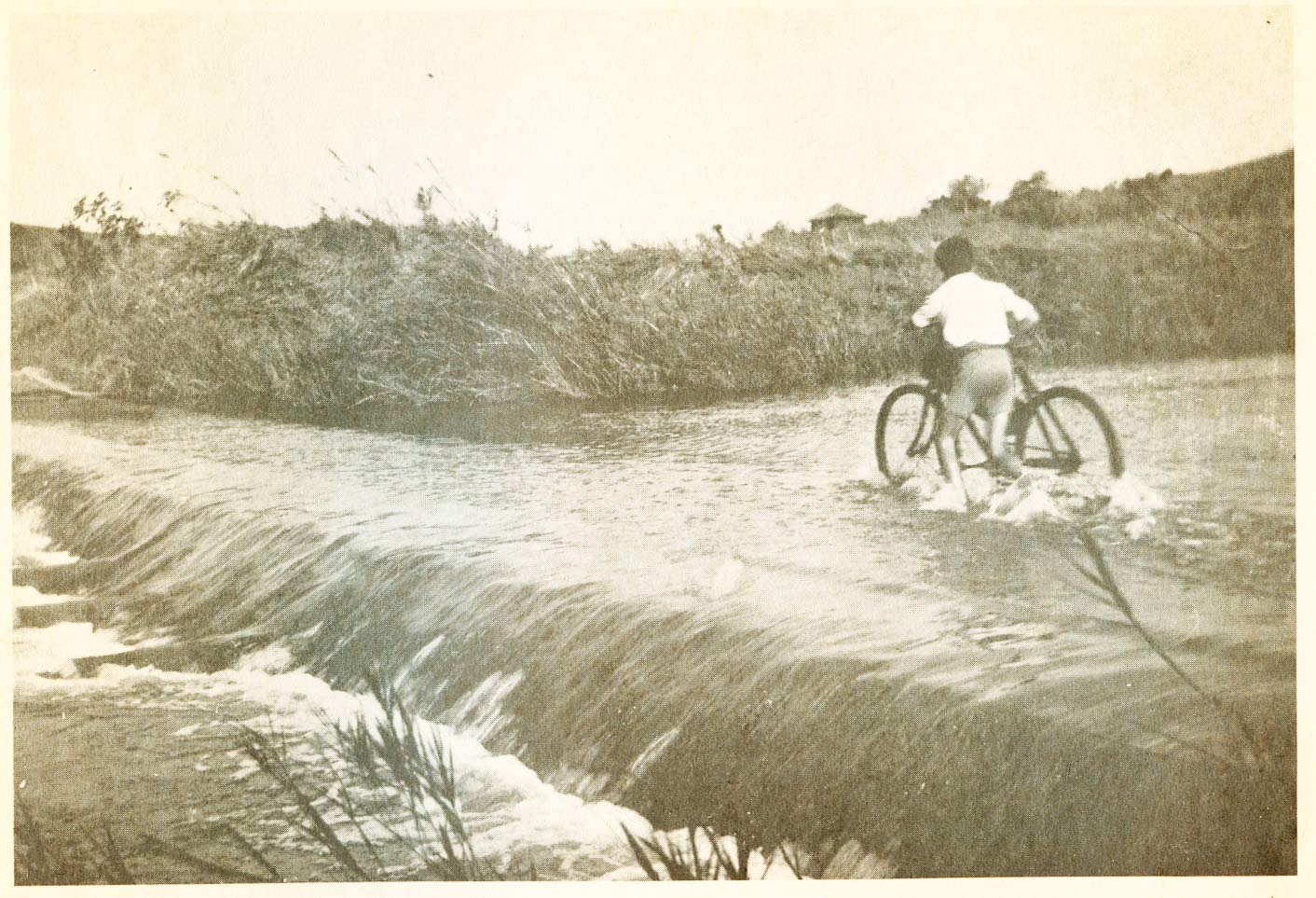 Now, what caption might you think about for this photograph? Have a think before you scroll down to the end of this post to see the actual caption in the book.

Our students love this activity and so do the teachers. It’s a lovely filler and can be even used topically by giving students pictures related to  a topic or theme they have been working on. 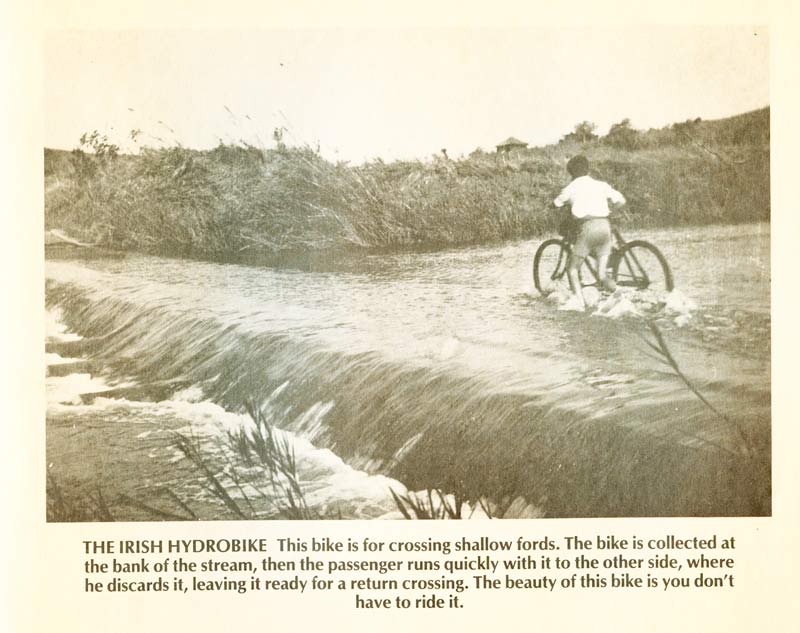 I originally thought of calling this post “The Irish Hydrobike” but for fear of incurring the wrath of all Irish people in my PLN, I haven’t… Although I still think it would have been more fitting…

I have more activities with a high focus on nonsense. Let me know if you would like a few more as I specialize in this field!!!]]>