<![CDATA[For months now, the "new" Twitter has been warning me that I should switch to that, because soon I will have to one way or the other.

Today there was a severe warning 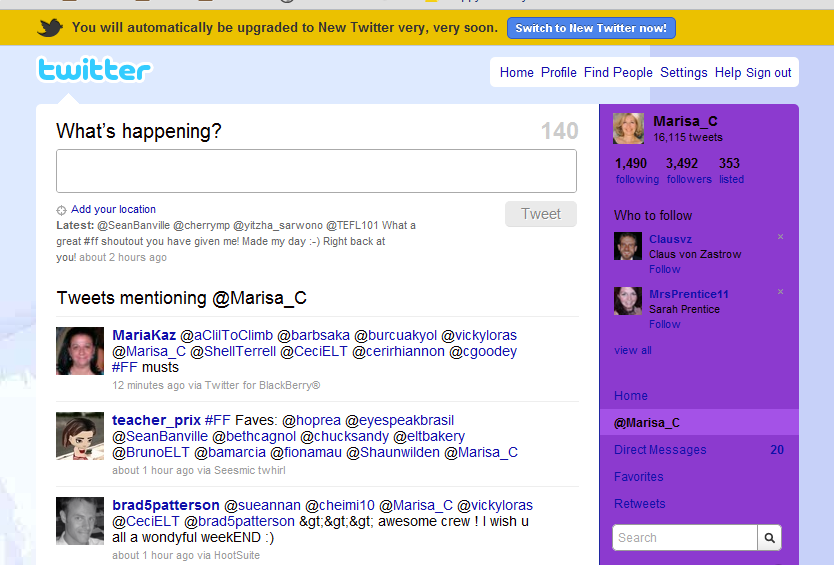 You all know how I love Twitter and what I think about its value and role in forming my PLN!  And, on first look, the new Twitter looks a bit more attractive, doesn’t it. Have a look at the same selection

If you are so inclined, you can find out who has retweeted your tweets and whose tweets you have retweeted. Oh well, I am personally not about to pore over details like these!!!! 🙂

Your old DM’s are lost to you for good. All you can access is DM’s from the last 20 people you have messaged with. Gone are private communications with friends, emails or links or conversations you have had with them and would like to save. I am really quite upset about that!!!

Hashtagged searches don’t save as in the old Twitter – all my saved searches can be seen below, PLUS my lists

In the new Twitter interface, all I get is “who to follow”  and “trends”  . I’m OK with suggestions of similar Twitter users, usually I see recommendations of educators, but not the hashtags. Hashtags can now be found under “saved searches” which is OK and lists, somewhere next to saved searches. 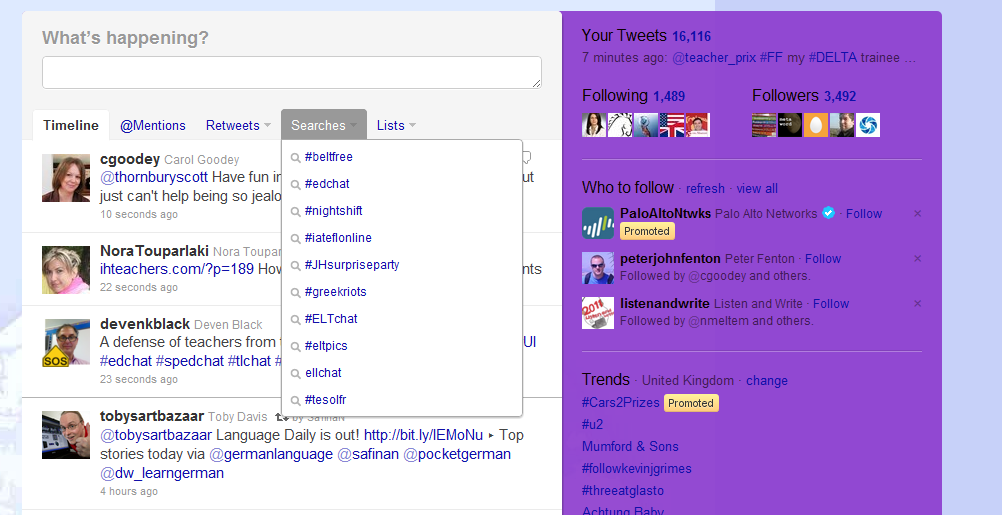 In the old Twitter I knew immediately  how many lists I am in which you can see clearly in the first screenshot of the old Twitter.  To get that information, I have to click on my “followers” link and then I get it. More clicks….

In the old Twitter interface, this is possible; you simply hit the reply link of as many users as you wish to reply to and your response goes to all of them – see below: 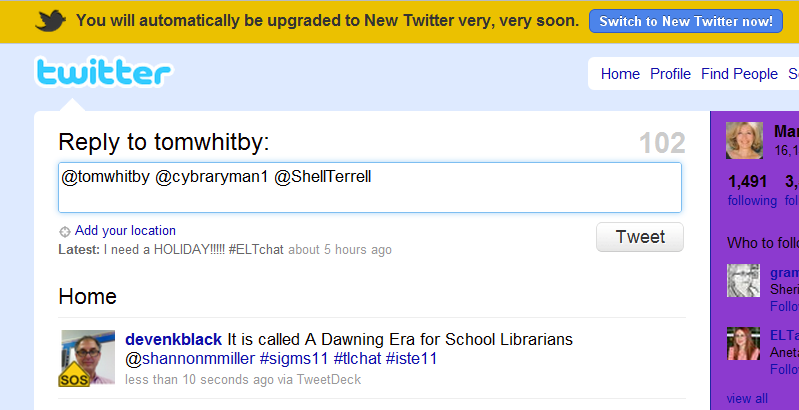 In the new Twitter, this is no longer possible. You can reply to only one person at a time – a new window opens, and if you attempt to include another user, this is not possible and you get an error message – see below 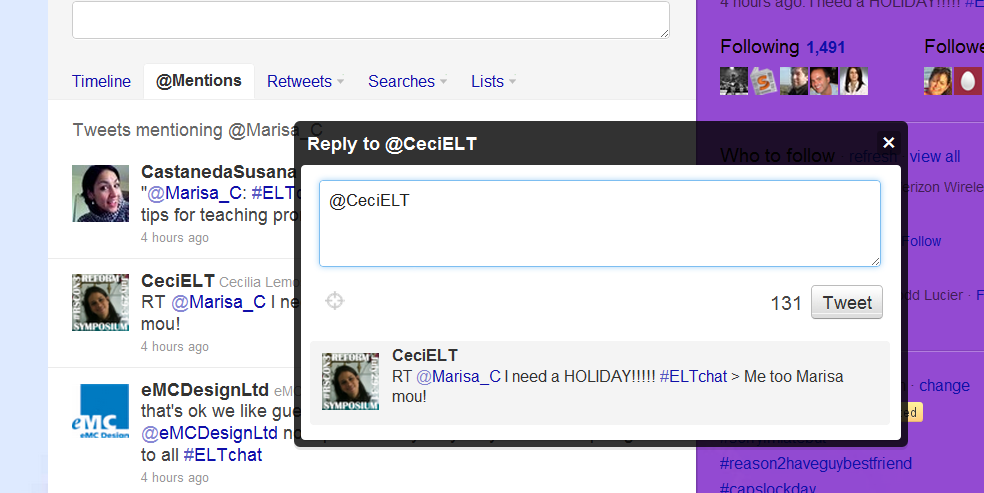 Am I moaning for no reason at all? Will I soon get used to this and think nothing of it?

What do you think? Do you prefer the new or the old Twitter? And why do we never get asked?

Facebook does the same all the time. The minute you get used to one interface, they do something and change it all!

I am really annoyed at losing my old DM’s!