As promised, here is the inaugural post for the Blog Challenge with the title A Disabled-Access Friendly world: Lessons for the ELTclassroom written by Luke Prodromou, author, teacher trainer, inspired and inspiring conference speaker at conferences and valued friend of old! He is my very first guest blogger and I am very happy and proud to have encouraged him to write this very important post.

I am not sure whether the title of this blog post  should refer to ‘Disabled pedagogy’ or ‘Enabled pedagogy’. Either way, the name is designed to echo the well-established ‘Critical Pedagogy’, so let me begin with that and come back to the question of names at the end of my piece.

Critical pedagogy, of which disabled pedagogy is, in my view, one manifestation, is an approach to education which aims to raise awareness of social and political issues and to enable learners to take action in pursuit of a better world.

Both the awareness and the action seem to me to be essential components of critical pedagogy and this clearly chimes with the philosophy and aims of the Thessaloniki-based Disabled Access Friendly campaign:

Philosophy of the campaign

Aims of the campaign

To encourage improvements in accessibility

Critical pedagogy does not see teachers as mere technicians, connecting learners to language systems and fixing errors in the system when things break down, as plumbers and electricians do. ‘Critical’ teaching is principled – it has a coherent view of society and the role of power in shaping relationships in society. The critical language educator connects knowledge of grammar and vocabulary to knowledge of social problems and how to act to solve these problems. Critical pedagogy is thus the extreme opposite of the ‘empty vessels’ view of education, where the learner is seen as passive and totally dependent on the teacher. In Critical Pedagogy, learners are active agents in the classroom and, by extension,  in society. In conventional, mainstream pedagogy, students are exposed to the rules of English (form, meaning and use) and then are tested on them. This is, in a nutshell, the methodology prevalent in most countries and teaching contexts today.

Although ELT has come a long way in the last 40 years, and many radical movements have appeared (and some have disappeared) in ELT in that time, the formal/testing paradigm is remarkably resilient. A cursory flick though the articles and ads in the local ELT press in Greece will confirm the increasing (not decreasing) obsesssion with testing over teaching. How did we reach this downgrading of education in favour of the great paper chase?

To begin at the beginning:

When I started out in  teaching in the early 70s,  audio-lingual approaches to language teaching were still the dominant paradigm: the first books I taught had titles like: A Guide to Patterns and Usage; The Teaching of Structural Words and Sentence Patterns and A Direct Method English Course.  These books were, as the titles suggest,  based on the Direct Method, with influences from a structural approach to grammar. The apotheosis of the drill in language teaching was Access to English, where the audio-lingual tedium was relieved by a humorous love story. Along similar lines were the highly successful textbooks of L.G. Alexander such as First Things First and Look, Listen and Learn.

These virtually content-less books were dislodged in the late 70s by functional textbooks which linked language to ‘everyday communicative functions’. This approach opened a window onto the real world but the societal model underlying the texts and exercises was still a nuclear family of able-bodied, heterosexual, white middle-class people, who were generally quite content with their lot. They were occasionally burgled or robbed (to enable the practice of the past continuous being interrupted by the simple past) or they lost their wallet or gloves, so students could practise the present perfect, or whatever. But not much else rocked the boat of average normality.

However, there were other undercurrents going on in ELT at the same time, which have culminated in a focus on content, which in turn makes critical and disabled pedagogies feasible options in the classroom.  The main alternative to mainstream approaches were the humanistic approaches (Silent way, Suggestopedia, Community Language Learning) which, for all their differences, had one thing in common: they put people – their experiences, thoughts and feelings –   at the centre of the language learning process.

The shift towards the ‘lexical approach’ in the 90s brought a renewed interest in words and phrases and the meanings they carried in the real world. After the functional approach of the 80s, the lexical approach marked  a further relegation of formal grammar for its own sake, far removed from the thorny issues of the three-dimensional world.

In recent years, the new wave in language education has been the attempt to integrate content and language, language and content (CLIL). This has meant the extension of topics considered legitimate to include in course materials to include school subjects such as history, geography, art and so on. This is a step in the right direction in terms of opening up the possibility of including the world outside in the bland, sanitized world of ELT.

So where was critical pedagogy in all this?

In education in general in the UK and the USA there were some practitioners of critical thinking and teaching but very few in ELT (eg Auerbach, Norton, Pennycook).

Scott Thornbury’s DOGME / teaching unplugged movement has points in common with critical pedagogy:  its emphasis on dispensing with textbooks and beginning instead with the learners’ own words, texts and ideas, opens the way to a more personalized and radical approach where the classroom and society, the word and the world are linked.

Thornbury’s DOGME and, more broadly, Critical Pedagogy,  are influenced by the work of the Brazilian educator,  Paulo Freire, the father of ‘consciousness raising’ and ‘praxis’ in education: ‘praxis’ in everyday English might be glossed as: ‘action-leading-to-a more-just society’. (1).

Freire begins with the learners’ words and their world and encourages them to think critically about their world and how to transform it. A crucial aspect of Freire’s approach which ties in neatly with the aims of the Disabled-Access Friendly Campaign,  is the connection the educator strives to establish between the individual and society, ‘me’ and the group, and to reflect on problems in their social and/or political context.  Reflection does not stop with the self or gazing at our navel, it empowers the learner to act, collectively, to bring about change. In its later manifestations, the work of Freire has inspired teachers wishing to harness education in the cause of a more just world for minorities: ethnic, cultural, social. The video clip ‘Disabled Greeks face daily challenges getting around’ (2) informs us that people with disabilities are the ‘biggest minority in the world’.  A Freirian critical pedagogy might be a useful framework for developing a coherent approach to Disabled Access Friendly materials. In ELT, for me, Freire has meant moving from the practice of language to the practice of freedom, from the present perfect to a ‘future more perfect’ or, at least, less imperfect. The Disabled Access Friendly campaign is a natural practical application  of the principles of Freire’s ‘liberation pedagogy’.

In this blog post, I have reflected on my assumptions about teaching over the years and the way I approached classes in the light of my long-standing interest in Critical Pedagogy and my newly-discovered interest in applying its principles though Disabled Pedagogy. We have a long way to go, but I see now what for most of my forty years of teaching was invisible to me: that our community has a largely forgotten minority of wheelchair users and that my assumption that they are ‘disabled’ hides the fact that they are actually very able and can be enabled further if we aware of their needs and act to facilitate those needs.

I now see more clearly that the history of ELT methodology has put out of bounds a whole range of important topics that concern the way we live. In making so many social issues ‘taboo’, mainstream methodology has ‘disabled’ teachers: we have been denied access to whole stretches of interesting content that would make language teaching a true branch of education rather than a kind of technical skill, in the same category as plumbing.

We could be language educators but we are language ‘fixers’. Through awareness raising tasks that integrate language and content the negative associations of the prefix ‘dis-‘ in disabled and disability can be transformed into a positive –into ‘enabled’ and ‘capability’. 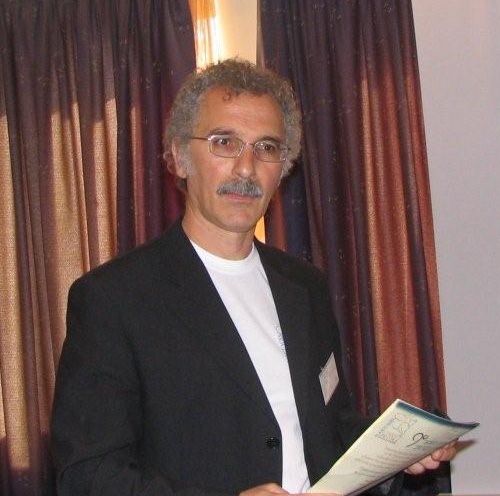 Luke Prodromou is a freelance teacher, teacher-trainer and trainer-trainer. He has trained teachers in many countries and been a plenary speaker at numerous international  conferences.He has conducted teacher training course for Pilgrims, NILE, ESADE and others.. Luke has published numerous articles, and written textbooks for all ages and levels.

He is the author of Smash (Macmillan) and Flash on (ELI). He is also co-author, with Lindsay Clandfield, of Dealing with Difficulties (Winner of the Ben Warren Prize and an English Speaking Union Award and shortisted for an ELTON). Luke graduated from Bristol University and has an MA in Shakespeare Studies (Birmingham University) Dip.TEFL (Leeds University) and a Ph.D (Nottingham University). His book English as a Lingua Franca was reissued in paperback in 2010. He is one half of the English language theatre group Dave’n’Luke.