The power of play for education and language development

R.F.Dearden’s (1967) definition of play,  ‘a non-serious and self-contained activity which we engage in just for the satisfaction involved in it’, suggests that any activity that takes the mind of the learners away from language as a focus, any activity which gives them enjoyment and satisfaction simply through participating in it can be called a game. Given this description, many activities in the language classroom which generate laughter, enjoyment and fun can fall under the general heading of play.

The importance of play for children is a fact that no educator can dispute. Most parents do not dispute this either, but they somehow tend to forget this fact when it comes to language learning, or rather, they tend to think of play as a spare time activity, outside school hours, at home or in the playground. Learning, it seems, is a serious business, and should be done through serious activities such as reciting texts, enumerating rules, doing written exercises, reading aloud, writing reams of dictation, answering teacher questions on texts, in fact, doing all the things that are not natural to children and. go against the way they process and acquire any language, starting with their own.

This acquisition process occurs mainly through observation, association, trial, error and reinforcement in play or gamelike activities where children pretend, act out parts from fairy tales or favourite TV series or  film characters. They play with toys, make drawings and like to play with sand, water and household or other objects. Through play, children learn about the world, about the names of things, their properties and uses, space, time, size and weight, they learn to relate to people, be members of a team, and by extension, about relationships in the adult world. 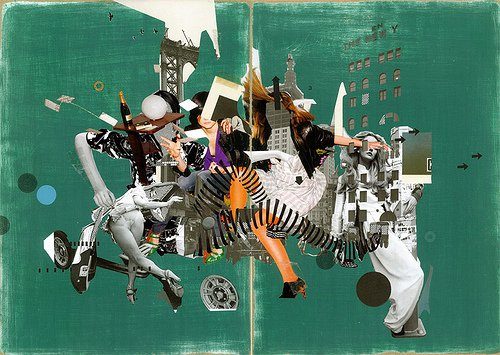 Here is a look at  games children play at home or in the playground. The classification presented comes from  S.Tyler (1984). According to this classification, the games or gamelike activities children engage themselves in help them develop different abilities each, with obvious overlaps in some cases.

These are games which develop one or more cognitive abilities in the child. These include the ability to categorise, identify similarities or differences of use, property, weight (singly or in combination), understand and express the notion of time. Such games include Odd-Man-Out and Spot the Differences.

These are games which help the child develop abilities similar to the above (perceiving similarities or differences) but mainly through the visual channel. They also help the child understand space, size, relative location, and colour. Picture Lotto, Kirn’s game and Jigsaw Puzzles are typical examples in this category,

These are games or gamelike activities which concentrate on developing abilities similar to the above but mainly through the accoustic channel and help the child develop auditory perception skills. Musical Chairs, Simon Says or 7 went to market and I bought a …… ‘ are good examples.

Any type of activity which involves children in developing motor skills, coordinating movement, such as tracing a route through a maze, or cutting around a design, filling it in with colour are typical examples.

Any activity which aims to develop the child’s awareness of the world of the arts. Drawing, painting, making collages are good examples

Any play which involves children in manipulating materials such as clay, sand, water, plasticine, in which the children mould or change the shape of it. Making plasticine animals or making sand castles on the beach or in the sand pit belong to this category.

Includes, running, wrestling, rolling around the floor, playing hide-and-seek and helps children become aware of their body, its potential and its limitations.

This type of play involves the use of small objects symbolising the real world, such as toy cars, zoo animals, dolls. Through these, the child can interact and learn more about the world and its workings.

Any kind of play in which the child steps out of this world and enters the world of make believe, e.g. playing house or playing teacher. These games help the child consolidate knowledge & awareness of patterns of behaviour of the adult world, and the interactive skills that go with them, rehearsing as it were for a time when s/he will have to perform similar roles as an adult

The diagram below (Tyler,S. 1991) categorises games along a scale moving from games encouraging epistemic behaviours (more concerned with knowledge and cognitive abilities development ) to ludic behaviours (being spontaneously playful) games. Both kinds are seen as valuable for a healthy and balanced child. 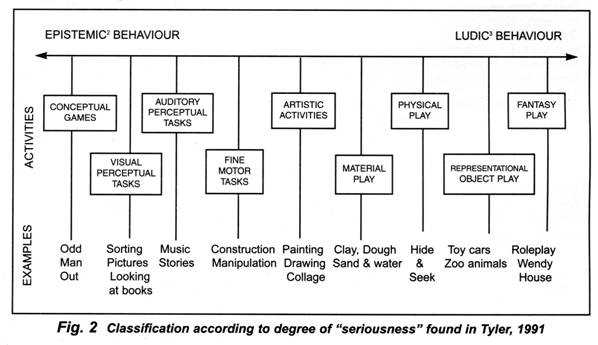 Games in the Foreign Language Classroom

Games in the foreign language classroom tend to be used to fulfill linguistic objectives and, in fact, if a game is not suitably aligned to these aims of a lesson but is included just because “it’s fun and the children needed a break”, most TEFL trained teachers would frown and suggest a game more closely related to the lesson aims!

I suggest to you that while this should be a priority for adults who are on a tight time frame,  in classes of young pupils, this does not really matter, although, to be fair, a game which does fulfil the aims can usually be found!

You will have  already spotted a number of parallels and similarities with language games used in the foreign language classroom. Some, like Simon Says (1} or Odd-Man-Out (2), are exactly the same, but may be used for a different reason, e.g. for listening skills development (1), or as a vocabulary revision/consolidation activity (2).

Here are is a list of  familiar TEFL classroom games and gamelike activities.  Their linguistic aims have not been included, as a presume most readers will already be familiar with them, but you might be interested in reflecting for a moment on how each one fulfills  the educational objectives listed above. If you have no time to think, the asnwers have been included at the end of this article.

Player A describes a picture to Player B who listens & draws the picture.

b. FIND DIFFERENCES or SIMILARITIES

Players A & B have a different picture each. Without looking at each other’s picture, they exchange descriptions trying to spot as many differences or similarities as they can within a time limit. 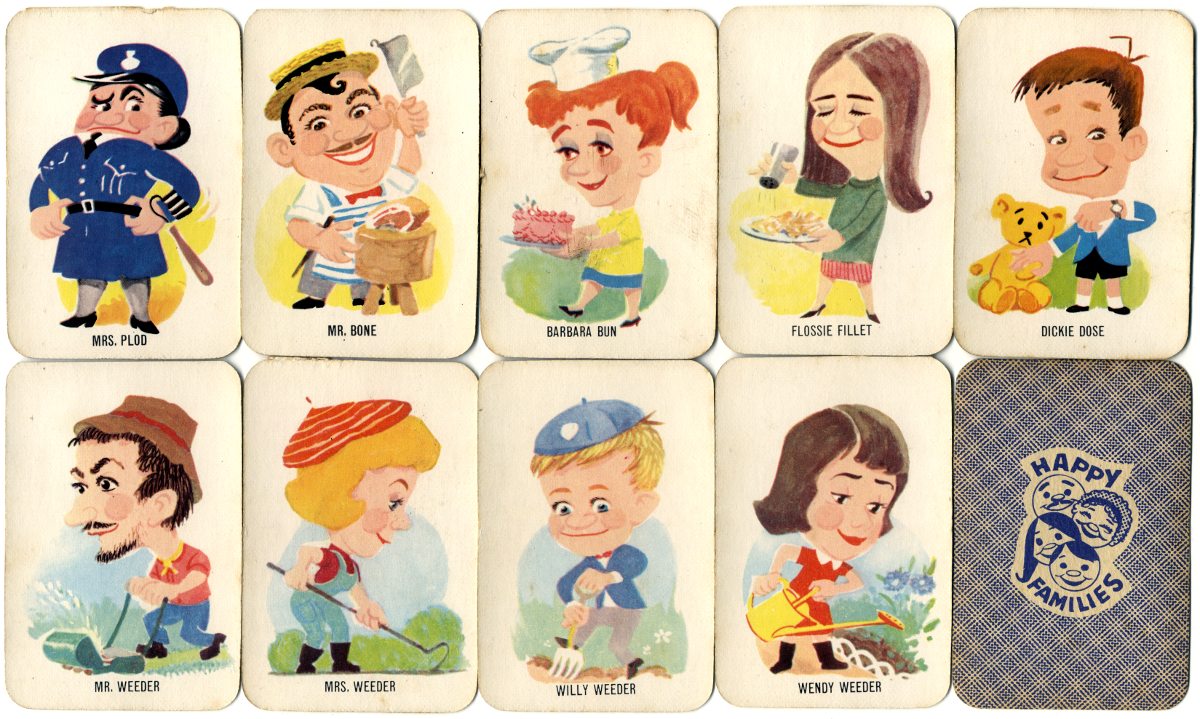 Groups of four players are dealt out four cards each and by asking randomely, try to collect the four members of a family to win the game.

Students enact a part which may be based on a conversation in their book, a situation outlined on a role card, a picture showing people in a situation, a series of pictures, a video sequence, or simply, some instructions given orally by the teacher.

Similar to roleplay, but here children handle a puppet each and enact a short sketch.

Groups of pupils are given the pictures making up a story. Each pupil has a picture. By describing their pictures to each other, they try to work out the sequence and tell the story to other groups.

The pupils play a board game such as Snakes & Ladders, or one made especially for language practice, e.g. the Gift Game, in which pupils must justify why they would give a particular gift to one of the people assigned to them in order to move along the board.

Groups of pupils are each given a set of cards with words or pictures and improvise a skit or story in which these words are used. When they present their story or skit, opposing teams must guess which words they ‘are hiding’.

i. MAKING BOARD GAMES 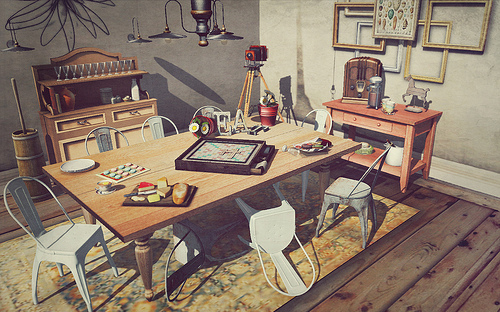 Groups of pupils are given a board outline (or ideas for a board outline) and create their own board game which they colour in, make command cards for, tokens to move around the board and, depending on their level, write or record a set of instructions for other players.

j. PICTIONARY
A member of each team is called out and is given a word card which s/he has to draw on the board. His fellow team players shout out  words and must guess the word within a time limit.

k. RUNNING or WALL  DICTATION
A short or longer paragraph is stuck on a wall away from the class. A runner from each group runs back and forth dictating the text to his/her group.

l. CIRCLE GAMES
Students sit/stand in a circle and each player adds a new element, e.g. 1st player: ‘I like apples’, 2nd player: ‘like apples and oranges’, 3rd player: ‘O like apples, oranges and bananas’ and so on. Each child must remember everything said by the previous players.

m. MINGLING GAMES
Pupils move around the class and talk to each other trying to find their partner in the crowd, e.g. “bread” must find “butter” or the “bikini” must find the “beach” through talking to other pupils.

Some thoughts for the end

Most of the TEFL games mentioned will already be familiar to the majority of my readers and a first comment may be that the distinction between learning (epistemic) and ludic (playful) activities may not be that relevant for the language classroom. For example, although roleplaying activities seem to fall under the most extreme kind of playfulness  in Tyler’s diagram, in the foreign language classroom they can generate a lot of language production. Physical play, though necessary, may be amended to mingling or moving around the class but is not uncommon in TPR (Total Physical Response) activities commonly used in young learners’ classes.

In this article I have tried to look at the kinds of games children engage themselves in from a different viewpoint. The analysis included here may help us understand the educational objectives of using games in the language classroom and equip us with a better battery of arguments against those who believe that playful activities are not serious and do not involve active learning, which in some learning contexts may be an issue.

In the young learners’ classroom, language acquisition activities cannot be haphazardly selected just with linguistic aims in mind but for everything we do, we must have a deeper understanding of education principles, something which standard TEFL orthodoxy is not famous for!